What is Green Tea?

Green Tea is the natural healthy plant grown by nature filled with many phytochemicals, anti-oxidants, Anti-bacterial, Immune support nutrients; all of which are very beneficial to the human body. It is a popular drink worldwide according to NIH. There is a lot emphasis on the term, “Green Tea” as many people have different perceptions of the term Green Tea. Many people refer to green tea as the tea that is literally green however the meanings differ from different traditions. Since most tea, when boiled/stirred are green, people are quick to call all tea which are green- green tea. There are different plants which are used for different reasons, some being; medicines, some food, tea, smoke etc. Not all green tea will give the same results as they don’t all cater to the same need.

The origin of tea can be traced back to over 4000 years ago in China. No one is sure where and when tea was first brewed, and, in fact, stories about tea’s origins are more myth than reality. One story tells that a legendary Chinese leader and medical expert, Sheng Nong, discovered tea as a medicinal herb in 2737 B.C. One day while he was boiling water under a tea tree, some tealeaves fell into Sheng’s pot of boiling water. After drinking some tea, he discovered its miraculous powers and immediately placed tea on his list of medicinal herbs. As the Emperor of China was taking his first snuff of tobacco brought from Europe, the Queen of England was sipping her first cup of tea. As early as 1615, English traders with the East India Company were aware of the existence of tea. Tea quickly spread throughout Europe and in less than 100 years, England’s import of tea rose from 100 pounds a year to over 5 million pounds per year. This demand for tea meant many voyages to bring shiploads of tea from China.

What is EGCG ( Epigallocatechin Gallete) found in Green tea

EGCG stands for epigallocatechin gallete. EGCG is what makes green tea so healing. It is a derivative of the enzyme called catechin which is found in plant matter, but mostly in tea plants. Studies have shown that EGCG is responsible for the healing properties of green tea and has been found to prevent cancer, heart disease, and even aid in weight loss. EGCG is a very powerful antioxidant. Essentially, it prevents oxidization in the body which, although it is a necessary bodily process, over-oxidization can also speed up the process of disease taking over the body.

What are the Health Benefits of drinking tea

Green tea is particularly rich in health-promoting flavonoids (which account for 30% of the dry weight of a leaf), including catechins – anti oxidants – and their derivatives. The most abundant catechin in green tea is epigallocatechin-3-gallate (EGCG), which is thought to play a pivotal role in the green tea’s anticancer and antioxidant effects. If you generally start your day with a cup of coffee, try instead having a cup of tea. You’ll quickly discover green tea’s irresistible combination of invigorating and calming qualities – especially if you consume it throughout the day. It could become one of your most favorite healthy habits quite quickly! A cup of green tea may help prevent or lessen the duration of the flu. In a lab study, EGCG was shown to dramatically inhibit influenza virus replication in cell culture in all the subtypes of the flu virus tested. EGCG appears to suppress viral RNA synthesis by altering the properties of the viral membrane. Green tea catechins help thin the blood and prevent the formation of blood clots by preventing the formation of pro-inflammatory compounds derived from omega-6 fatty acids, which are found in meats and polyunsaturated vegetable oils such as corn, safflower and soy oil. These pro-inflammatory compounds cause platelets to clump together. Another study found that among persons consuming tea regularly for at least one year, the risk of developing high blood pressure was 46% lower among those who drank ½ cup to 2 ½ cups per day, and 65% less among those consuming more than 2 ½ cups per day.

Research shows that green tea lowers total cholesterol and raises HDL (“good”) cholesterol in both animals and people. One population-based study found that men who drink green tea are more likely to have lower total cholesterol than those who do not drink green tea. High consumption of green tea by humans, especially more than 10 cups a day, was found to be associated with higher HDLs and lower LDL and VLDL cholesterol, as well as with various bio-markers indicating better liver health. Lower levels of lipid peroxides in the liver are one well-confirmed benefit of green tea supplementation, found in study after study. Green tea may also lower intestinal fat absorption. One animal study found that rats fed a diet containing a significant amount of catechin had a higher excretion of fat in the feces compared to the control group on a polyphenol-free diet. If this holds for humans who take the green tea extract, then it’s good weight-loss, cardiovascular, and lower cholesterol news

Green Tea health benefits and its effects on Diabetes

Green tea has been used traditionally to control blood sugar in the body. Animal studies suggest that green tea may help prevent the development of type 1 diabetes and slow the progression once it has developed. People with type 1 diabetes produce little or no insulin, a hormone that converts glucose (sugar), starches, and other foods into energy needed for daily life. 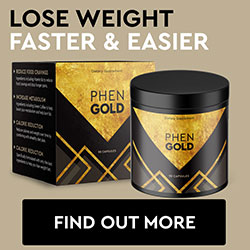 Green tea may help regulate glucose in the body. Population studies suggest that green tea consumption may help prevent type 2 diabetes as well. In one study, after receiving green tea for 12 weeks, diabetic rats had lower fasting blood levels of glucose, insulin, triglycerides and free fatty acids compared to controls, and the ability of their adiopcytes (fat cells) to respond to insulin and absorb blood sugar greatly increased. A relatively little known compound found in onions and green tea call diphenylamine seems to have a strong sugar-lowering action.

Health benefits of Green Tea and its effects on Cancer

The healing properties of green tea have shown to have some very, very encouraging results on people with all types of cancer. Several population-based studies have shown that green tea helps protect against cancer. For example, cancer rates tend to be low in countries such as Japan where people regularly consume green tea. Emerging studies suggest that the polyphenols in green tea may play an important role in the prevention of cancer. In the last ten years, green tea’s cancer-preventive effects have been widely supported by epidemiological, cell culture, animal and clinical studies. For cancer prevention, the evidence is so overwhelming that the Chemoprevention Branch of the National Cancer Institute has initiated a plan for developing tea compounds as cancer-chemopreventive agents in human trials. When confronted with a cancerous cell, green tea becomes the plant kingdom’s Arnold Schwarzenegger, helping to terminate cancer cells in a remarkable number of ways. Green tea is a very powerful weapon against preventing cancer and even reducing the growth of cancer cells. Studies also show that green tea works at the genetic level, shutting off genes in cancerous cells that are involved in cell growth, while turning on those that instruct the cancer cells to self-destruct. Scientists decided to look at ECGC after they realized the green tea catechin looks a lot like the cancer drug methotrexate, which prevents cancer cells from making DNA by inhibiting the DHFR enzyme. They discovered that ECGC kills cancer cells in the same way as the drug.

How Green Tea can help you lose Weight

Studies have proven that this healing beverage can also aid in weight loss for people who are dieting or want to shed a few pounds. Studies suggest that green tea extract may boost metabolism and help burn fat. One study confirmed that the combination of green tea and caffeine improved weight loss and maintenance in overweight and moderately obese individuals. Some researchers speculate that substances in green tea known as polyphenols, specifically the catechins, are responsible for the herb’s fat-burning effect. Green tea not only promotes fat loss, but specifically, the loss of visceral fat which is fat that accumulates in the tissues lining the abdominal cavity and surrounding the intestines (viscera) and internal organs. Unlike fat deposits on the hips and thighs (which result in the so-called “pear” body shape), visceral fat (which produces the “apple” body shape) is highly associated with increased risk for metabolic syndrome and type 2 diabetes. Green tea contains three major components that promote fat loss: catechins, caffeine and theanine. 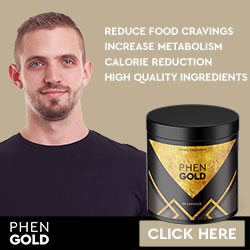 Green Tea benefits and it’s effects on Parkinson or Alzheimer

Damage to brain cells in Parkinson’s, Alzheimer’s and other neurodegenerative diseases seems to result from the combination of a number of damaging factors including excessive inflammation and increased levels of iron, both of which lead to increased free radical production, exhaust the brain’s supply of protective antioxidants and trigger the production of certain proteins, such as amyloid-beta, which promote apoptosis (cell suicide). Animal studies conducted at the Douglas Hospital Research Center in Canada suggest that a daily cup or two of green tea may reduce the risk of age-related degenerative brain disorders such as Alzheimer’s disease. Although no human studies on Alzheimer’s disease have yet reported benefit from tea consumption, recent population studies have shown that simply consuming 2 or more cups of green tea daily reduces risk of cognitive decline and Parkinson’s disease.

Where should you buy green tea

There are many commercial varieties of green tea available in loose tea form, tea bags, and pre-made drinks. Any of these are fine for you to use, but there are some things that can help you choose which type of green tea you want to use. Today, you can find green tea products almost anywhere: grocery stores, convenience store, and specialty tea shops. Believe it or not, you actually have a lot of choices in what tea you pick for your dietary needs. While green tea is thought of primarily as a Chinese product, tea is grown in other places such as India as well. Let’s take a look at a few different types of green teas. You can purchase pre-made green tea drinks which are great for convenience. You can also purchase loose teas that are brewed in tea balls. To test for freshness, tightly squeeze a small amount and smell the aroma. The freshest, most flavorful tea will smell sweet and grassy.

Besides pre-made teas, tea bags are easier to prepare for most people. You will want fresh tea bags to get the best brewed tea. To test tea bags for freshness, remove the tea from one bag, place the empty bag in a cup, pour hot water over it., and let it steep for 2-3 minutes. If the result takes like plain hot water, the tea itself is likely fresh. If the tea bag water tastes like tea, the tea is old, and the paper has absorbed its flavor.

There are many health benefits one can acquire from drinking green tea.

Some of green tea health benefits may help lower the risk of contracting Cancer. Green tea catechin extract inhibits growth and induces programmed cell death (apoptosis) in human stomach cancer cells. The effect is dependent on concentration and time. Consumption of large amounts may be protective against stomach cancer. 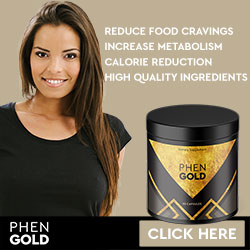 Green tea along with other combinations such as Turmeric, Green coffee or coconut oil can help boost the strength of the product.

37 women weight loss tips to help women get in shape

5 Reasons Why Brazilian Jiu Jitsu Is The Fountain Of Youth

ABOUT US
This website serves solely for informational and educational purposes and should not be treated as a substitute for medical advice, diagnosis, or treatment of any illness. The products, content or claims made on this site has not been evaluated by the FDA. For more information review our Terms and conditions. Tell + Whatsapp: +12687258672
Contact us: info@ledhealthandfitness.com
FOLLOW US
© LedhealthandFitness Copyright 2022.